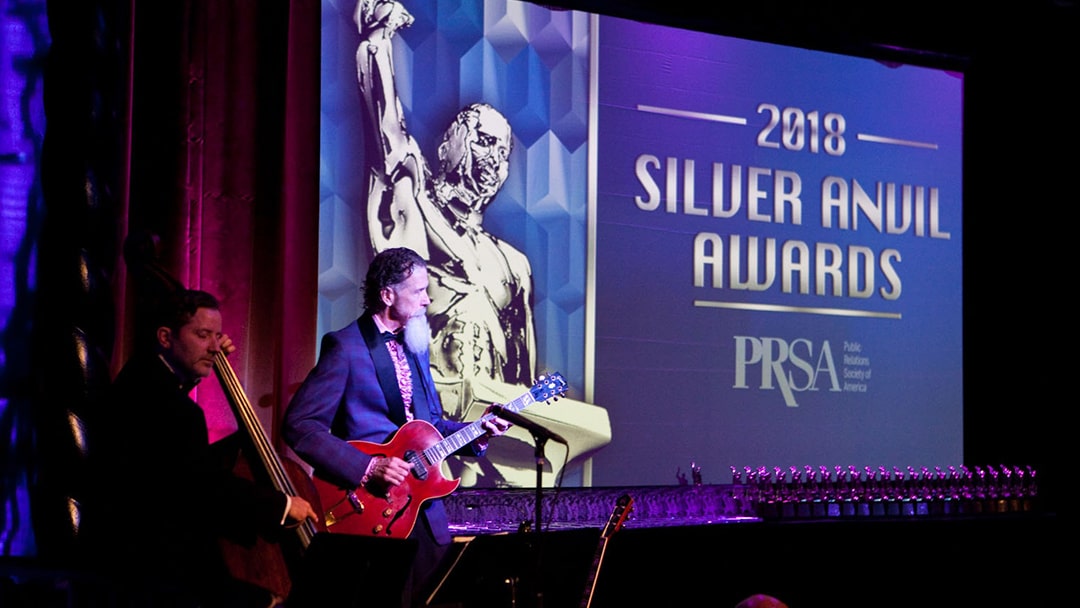 On the heels of two national awards, Eddy Communications Corp. a full-service marketing and growth strategy consulting firm headquartered in Roanoke, VA is changing its name to “Eddy Alexander.”

Earlier this month, on June 7 in the Edison Ballroom, just steps away from Times Square in New York City, the firm quietly took its first action under the new brand identity. President and Chief Strategist Jennifer Eddy and Senior Marketing Specialist Jacqueline Le accepted two prestigious Public Relations Society of America (PRSA) Silver Anvil Awards. It is the first time any firm from the region has received such high honors, twice over.

“I’d like to offer my hearty congratulations to the team at Eddy Alexander for earning what is essentially the Oscars of the PR Industry. The Silver Anvil Awards recognize model programs that demonstrate what professional public relations can achieve for organizations,” Anthony D’Angelo, National Chair for the 30,000+ member Public Relations Society of America, said.

The awards, first in the nation for Issues Management (a Silver Anvil), and second in the nation for Public Affairs (PRSA Award for Excellence) were both granted for projects in support of The Roanoke Valley Broadband Authority and other supportive municipal broadband entities across the Commonwealth.

The extensive rebrand, which includes a new name, logo, social media handles, and website, elevates and better aligns the firm’s visual identity to match the high-demand capabilities and international acclaim the firm has garnered through their work.

“We’ve been honored to have the opportunity to partner with large international companies and model organizations since the very beginning of our operations, but we relied on relationships and word of mouth to grow our firm. As a start-up founded by two young entrepreneurs, resources were limited. We made a strategic choice to pour everything we had into our clients’ programming. It was a classic case of the cobbler’s son having no shoes,” Jennifer Eddy joked. “Now a few years in, we’ve finally carved out some breathing room for our own affairs. In the last year, we’ve grown our staff, more than doubled our physical footprint in Downtown Roanoke, and now, we’ve updated our image so it better reflects the type of business we are and the caliber of clients we’ve always served.”

“Thank you to our partners at the Roanoke Valley Broadband Authority, the City of Roanoke, the City of Salem, Roanoke County, Botetourt County, and all the Friends of Municipal Broadband across Virginia, and around the country, that participated in the effort to bring our regional concerns about the availability of high speed internet to the Virginia General Assembly in such a clear and compelling way,” Eddy said. “It was truly a group effort, and we are unspeakably honored to have been involved in such meaningful work.”

About the Friends of Municipal Broadband

Friends of Municipal Broadband is a loose affiliation of citizens, business, and public-sector representatives who oppose any legislation that limits the ability of communities to address threats associated to the rapidly growing digital divide.About the Roanoke Valley Broadband AuthorityIn 2011, at the urging of several concerned citizens and local business owners, four regional municipalities (The City of Salem, The City of Roanoke, Roanoke County and The County of Botetourt) four municipalities took action to form the Roanoke Valley Broadband Authority (RVBA). The goal was to expand the regional broadband infrastructure and make it easier for both new and existing providers to deploy their technology across the Roanoke Valley. The RVBA was tasked with driving measurable improvements to fiber-optic Internet accessibility, affordability, reliability, and Internet speeds for the purposes of advancing the long-term economic prospects of the region. After a nine-month build out, in April of 2016, the new regional, carrier-grade, open-access network was launched with great public fanfare. In September of 2016, the RVBA was promptly recognized with the Virginia Governor’s Award for Technology and called out as a shining example of cross-boundary collaboration. Since then the RVBA has been held up nationally as an example of how community based broadband initiatives can drive innovation, attract private investment, and advance local economic opportunity.

About The Silver Anvil Awards

Since its inception in 1944, the annual Silver Anvil Award is the oldest awards competition for excellence in public relations and communication. The iconic Silver Anvil Award symbolizes the breadth of talent among industry practitioners while recognizing outstanding individual professional achievement. Entries are judged on their research, planning, execution and evaluation, while also considering factors such as creativity, ethics and budget. For more information on the Silver Anvil Awards, please visit http://anvils.prsa.org/

About the Public Relations Society of America

PRSA is the nation’s largest professional organization serving the communications community. The organization’s mission is to make communications professionals smarter, better prepared and more connected through all stages of their career. PRSA achieves this by offering its members thought leadership and innovative lifelong learning opportunities to help them develop new skills, enhance their credibility and connect with a strong network of professionals. The organization sets the standards of professional excellence and ethical conduct for the public relations industry. PRSA collectively represents more than 30,000 members comprised of communications professionals spanning every industry sector nationwide as well as college and university students who encompass the Public Relations Student Society of America (PRSSA).