When the Roanoke Valley Broadband Authority (RVBA)—a local, government-run internet provider—heard about proposed legislation that would cut off their ability to legally operate in the Commonwealth of Virginia, the organization was deeply concerned.

The RVBA had just launched their $4M network six months prior and had not yet had a chance to recoup the taxpayer investment. As an organization, they had no political legacy, no funding for public or government relations, and were up against large incumbent internet service providers who were epically well-financed, had a long history of supporting influential state politicians, and saw municipal broadband initiatives as an existential threat. 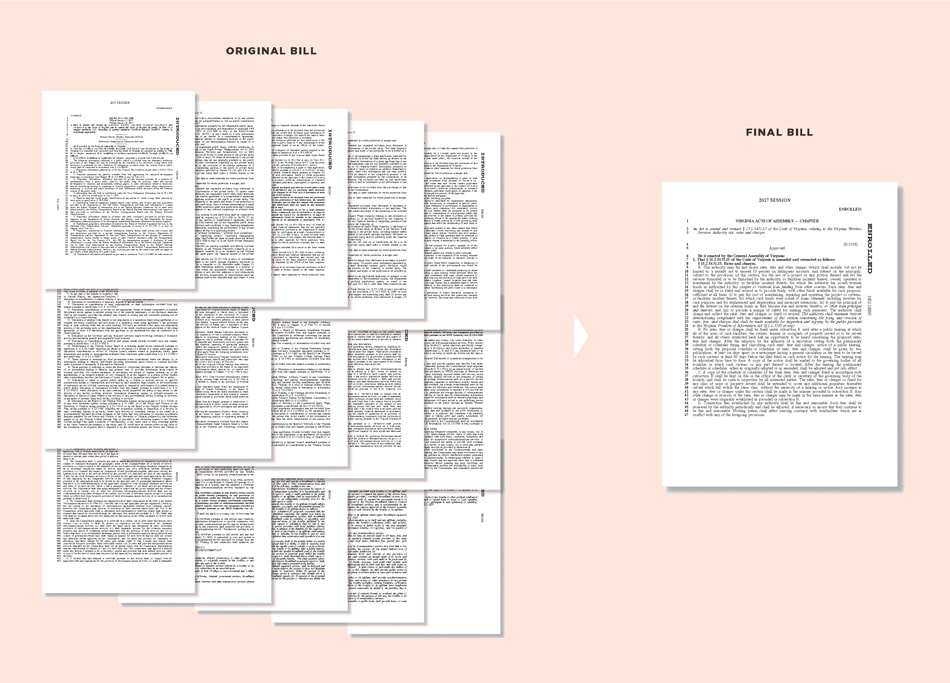 Eddy Alexander (then known as Eddy Communications), dubbed the situation “The Virginia Broadband Wars.” The name was a keystone for a strategy that identified the issue as one critical “battle.” Eddy Alexander framed the legislative challenge as a critical flashpoint and grabbed the attention and imagination of the media and the public alike. Then, by setting up a coalition of internet equality supporters under the banner “Friends of Municipal Broadband,” the RVBA was able to bring all parties to a central online information hub to educate stakeholders on the issues at play.

Eddy Alexander used the comprehensive website to shine a spotlight on the well-documented issues, sources of power and influence, and eventually news coverage related to the House Bill 2108. From there, stakeholders were invited to join the fight as equal contributors armed with reliable information and a steady stream of strategic support, updates, and resources. The campaign quickly built trust, relationships, and a network of media partners who helped advance the message.

Over the six-week period, Eddy Alexander continuously pitched, published, organized, and updated the campaign messaging. Their efforts drove 109 new state, local, and national articles which reached a third-party estimated online audience of more than 1.41 billion people. These articles received 18,900 social media engagements and are estimated to have been consumed by 1.15 million people through online channels alone – with many more targets following the story’s evolution through more traditional print and broadcast channels.

During this same time, Eddy Alexander worked to earn the trust and partnership of 26 local governments across the Commonwealth of Virginia, five state and national nonprofit associations interested in either technology or local government rights, and four national technology brands including Google, Indeed, Netflix, and Nokia. 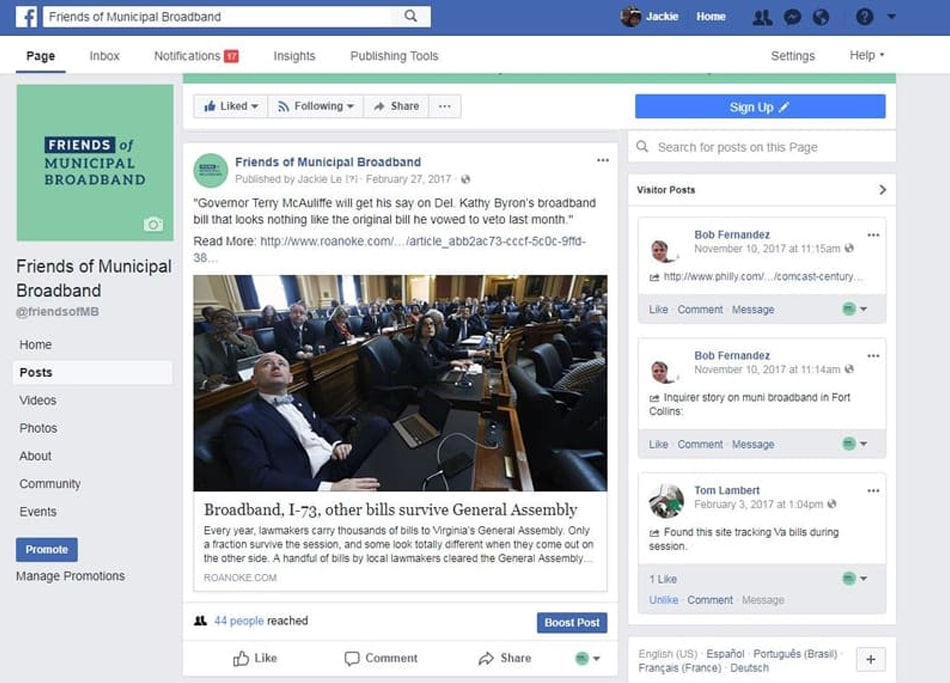 The campaign was designed to educate, inspire, and engage citizens and their representatives in a meaningful conversation about local government rights and our combined digital future. It worked. These efforts led to 41 formal resolutions of opposition, legislators’ phones ringing off the hook with concerned citizen calls, three days on the front page of the Reddit international technology section (the “front page of the internet”), and the battle to defeat HB2108 becoming one of the most prominent legislative issues of the 2017 session.

Our client set out to find and organize at least 10 allies with just six weeks’ time to demonstrate widespread, statewide opposition to HB2108. They ended up with nearly 50 new strategic partners, and dominant position in the 2017 legislative media narrative. They earned 99+ percent favorable share of voice, and out placed oppositional public relations efforts by more than 100 to one. Their ultimate goal was to ensure that House Bill 2108 posed no threat to municipal broadband business models in the Commonwealth. After the bill was publicly threatened with a veto by the Governor, the author amended it twice thereby diluting the effort to a point where it offered zero legislative barriers to any of the campaign stakeholders.

“Jennifer Eddy and her firm were like a force of nature. Her team was clear-messaged, well-organized, and so nimble that they created the force of leadership that we were all then able to turn to. I recommend her firm to anyone who is seeking quick, wide and yet deep exposure for their mission or image, especially those caught in a David vs. Goliath battle.”